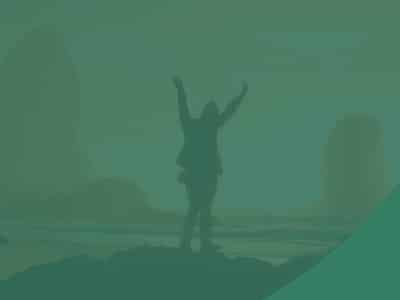 The Warning Signs of Amytal Addiction

Is your cure for insomnia Amytal or a sedative similar to it? Amytal is a popular brand name for the barbiturate derivative amobarbital. It is prescribed to treat sleep disorders or used as a preanesthetic for surgeries. Amytal works wonders when it comes to putting people to sleep, but since it’s a Schedule II drug under the Controlled Substances Act, it is highly addictive. Other names for Amytal include downers, red, redbirds, and blue velvets. Amytal addiction treatment in Texas is a growing field. If you or someone you love is suffering from Amytal addiction, we urge you to seek help right away at Willow Springs.

Historically, Amytal was given to American soldiers fighting in World War II to treat shell shock, until officials realized the drug heavily impaired their efficiency in battle. When large numbers of American soldiers in certain areas developed psychiatric problems, doctors would give them amobarbital intravenously and allow them to sleep, sometimes for days, until they recovered enough to go back to war. The powerful sedative caused coordination problems and cognitive impairment, which explains why doctors no longer use it.

Barbituates ranked as some of the most frequently abused drugs in the United States between the 1930s and 1990s. People who abused barbiturates quickly became addicted to them. An overdose of barbiturates can be lethal and has led to a number of celebrity deaths, including Marylin Monroe, Judy Garland, and Jimi Hendrix. A new family of sedatives called benzodiazepines, which includes drugs such as Xanax, were discovered in the 1970s. Benzodiazepines replaced barbiturates as safer alternatives due to their lower risk of dependence in chronic users. Several amobarbital pills were removed from the market by the early 2000s, and today the drug is only legally available in injection form in the U.S.

Amytal is highly addictive because it leaves users with an overwhelming calming euphoria. Many users seek this euphoria and once a tolerance is built, quitting is a difficult task. For treating insomnia, Amytal is the perfect drug, but if you are taking it to get high, it can become your worst nightmare. You can experience symptoms that include agitation and confusion to nausea.

You might incur some painful side effects while taking Amytal. The following side effects are harmful to you and you must safeguard against them if you can.

Short-Term and Long-Term Effects of Amytal

If you are experiencing any of these side effects, talk to someone at Willow Springs where specialized Amytal addiction treatment is available.

If you are experiencing any of the following Amytal overdose symptoms, call 911 immediately.

Detox and Withdrawal of Amytal

After extended use of any narcotic, your body will become dependent upon it. Once this happens, without the drug you can barely function. Amytal withdrawal symptoms can begin soon after taking the last dose, often within eight to twelve hours. These withdrawal symptoms might include anxiety, muscle pain, hallucinations, an increase in the heart rate, respiration problems, and seizures. Due to the seriousness of the detox process, patients undergoing withdrawal symptoms are recommended to do so under medical supervision.

During Amytal detox, it is common that users will experience one or more of the following symptoms:

If you jumped off Amytal too quickly or your dosage was lowered too fast, you are more likely to experience many of these withdrawal side effects. Detoxing from Amytal is a painful experience. If you have built up a dependency on the drug, this process can be strenuous and difficult. The detox of Amytal and the withdrawal of Amytal will be the first hardship on your road to recovery. Recovery is a lifelong process and there will be many challenges along the way. Just remember, your worst day sober is better than your best day using drugs.

Amytal Treatment in Texas and Rehab

Before entering rehab, you must first ask yourself, are you going to take treatment seriously? Will you put forth the effort that is necessary to recover? If you answered yes to both of the above questions, you might be in for a successful rehab stay. There are many treatment options, some of which are listed below, to consider.

12-step treatment is one of the oldest and one of the most used treatment options to date, but does not work for everyone. This treatment could work for people who are trying to find a spiritual solution to their drinking problems. The twelve steps were designed by the inventors of Alcoholics Anonymous and are used globally to treat addiction. However, many people are turned off by the twelve steps because they require a belief in God or a higher power.

There are faith-based rehab centers for many different religions. These programs use faith as the foundation for recovery. Faith-based rehab programs are great for those trying to reconnect with their religion or maintain some sort of religious routine while away from home. This type of rehab is beneficial for people looking for like-minded individuals for support.

The Bottom Line: You Can Beat Amytal Addiction

You can no longer deny your addiction to Amytal. It is now time to do something about it. The old saying “nothing changes if nothing changes” applies to this situation. If you do not put the right foot forward and decide to make a change, nothing will change. Thousands of people have recovered from Amytal addiction and this recovery starts by seeking Amytal addiction treatment in Texas. Call Willow Springs today for more information.