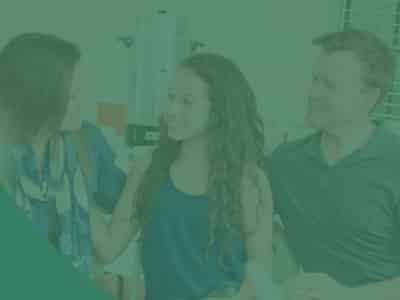 According to the CDC, 1 in 6 adults with a diagnosed sleep disorder use sleep aids. Sonata is a hypnotic drug, which restores the chemical balances in people who suffer from not being able to sleep. At first, you might be wary of taking the drug after reading the side effects, but if your doctor tells you that it’s best for you temporarily until you get your sleep disorder under control, then why not take it? If you’re like most people with insomnia, you try to stop taking the sleeping pill once you begin sleeping better. However, since your system has developed a tolerance to the drug, you might experience withdrawal symptoms that make a Sonata addiction tough to quit.

Many people experience the following withdrawal symptoms when they try to stop taking their sleeping pills.

While taking sonata, you may experience sleepwalking. If you mix alcohol with Sonata, it can cause a rare form of sleepwalking when people have no recollection of their activity while sleeping.

Conditions like anterograde amnesia are also common. Some people who take Sonata in order to get some sleep during airplane flights have reported arriving at destinations not knowing where they are.

There are real dangers associated with taking Sonata. Around 50 to 70 million Americans have insomnia and other sleeping disorders, according to the CDC. In 2010, six to ten percent of all Americans were prescribed sleeping pills such as sonata. If you were prescribed Sonata, you may have a higher chance of heart disease, diabetes and other effects, all of which are affected by sleeplessness. There are many more side effects related to abusing sonata, and with them the danger of addiction rises.

Sonata addiction is real, and while these symptoms may begin occurring before an addiction begins, they become much worse once you become dependent upon Sonata. The most dangerous aspect of Sonata addiction is that it often begins before you’ve even had a chance to notice. You might only realize a dependence has developed once you try and get off the drug, and by that time, it may be too late to try and recover without medical intervention at rehab.

Once you’ve realized you’re struggling with a Sonata addiction, it can be handled in a medical setting in a timely fashion. First, you’ll likely experience a medical detox.  We offer a Sonata treatment program at Willow Springs which includes a 24-hour medical oversight and detox program that can help you start feeling better and get clean of Sonata in no time. After your detox, you’ll have a clear mind and be able to focus on your actual addiction treatment and therapy.

The most common type of Sonata addiction treatment is the short or long-term inpatient treatment option. Residential treatment takes place anywhere from three weeks to 12 months. Living in a communal sober environment, you might benefit from a faith-based or 12-step treatment plan to help you re-adjust back to your normal life. These treatments can help you identify the causes of your addiction, and will work to help you move past these problems so you can stay sober upon leaving treatment.

At Willow Springs Recovery our Sonata addiction specialists can teach you new strategies to help you sleep better, including new sleep methods,  and new daily activities that can help you develop a routine to get your body adjusted to sleeping without any kind of sleep aid. You will also be able to discuss more personal issues and work through them with an individual therapist and addiction counselor.

Can I Afford Sonata Addiction Treatment in Texas?

If you choose Willow Springs Recovery, your insurance may pay for the entire cost of your sonata addiction rehab. We can help you determine what is paid for by your insurance – the quickest way to find out is by calling us today.