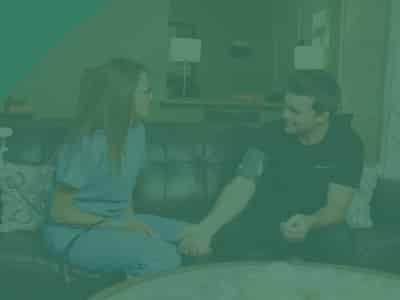 Can you imagine having a hole in your nose from snorting so much cocaine? What if you have a powerful desire or craving for cocaine? No matter how much you do, you can’t have enough. In fact, Steven Tyler, the frontman of Aerosmith, claims he spent $5 or $6 million on cocaine during his career. In an interview with US Magazine, Tyler said, “You could also say I snorted half of Peru, but, you know, it’s what we did.” Can you relate to this? Spending obnoxious amounts of money on cocaine?

Selfishly not sharing it and binging on it for entire evenings without sleep? Do you exhibit signs of cocaine addiction? Are you like many others who need treatment for a drug addiction that is out of control? You have come to the right place for help. Willow Springs can help you with the best cocaine addiction treatment in Texas. Cocaine is also known as coke, blow, dust, and cola. It comes as a fine, white, bitter powder that is derived from South America. It comes from the coca plant and is shipped to the U.S. by violent cartels. There is also crack cocaine.

Crack cocaine is made from cocaine, but it’s made into small rocks that can be smoked. Crack cocaine is manufactured in the U.S. using cocaine, water and ammonia or baking soda. The effects of crack cocaine can kick in almost immediately while snorting it can take up to 20 minutes. Effects are felt for approximately 30 minutes and when the high is over, you might be cutting or smoking some more to make your high last longer. This causes a severe addiction.

Many people stumble on cocaine when a friend offers them a line to try. Maybe it was at a party or a concert when your friend promised you a good time if you participated. Once you took the first hit, your eyes lit up and your face went numb. You couldn’t stop talking and everyone became your friend. You quickly prayed for another hit, you never wanted it to go away.

Did you partake in more cocaine abuse when your friends offered you more? This is how cocaine addiction starts. Cocaine addiction in Texas is especially a problem. With Texas sitting right on the Mexico border and is a common spot for people to smuggle in cocaine. In fact, in March 2016, a man was busted at a traffic stop with $100,000 in his car, according to the Bradenton Herald.

If you’re a weathered veteran, you likely know the lengths you will go to obtain more cocaine. If you have experienced withdrawal of cocaine, you know how bad it can be. This feeling makes you want more. It’s a never ending cycle.

You might not have control over your cocaine addiction, and that is extremely dangerous. Many people lose control of their drug use and this often inspires them to find treatment options. Let Willow Springs help you with your detoxification and cocaine addiction treatment.

Take The First Step Towards Recovery

Talk to an Intake Coordinator

Drug addiction of any kind has devastating effects in the long-term. In the short-term, cocaine has some eye-opening effects that you might not be aware of.

Some of the short-term effects of cocaine abuse are:

Long-term cocaine abuse can have these effects:

Depending on your cocaine addiction, you might also be at risk of contracting blood-borne diseases such as HIV. If you inject cocaine and share needles, you’re putting yourself at an extra risk of HIV. If you partake in risky behaviors, you’re also at-risk of sharing HIV or Hepatitis C. Risky endeavors like sexual behavior are known for sharing diseases.

Cocaine seemingly gives you super powers. Your behavior becomes erratic and you feel so good. Your addiction might make you feel better than you ever have felt before. But when you have withdrawals, life is the worst it’s been. Symptoms of drug addiction might make you neglect school or work obligations. You might stop cleaning the house, doing dishes, or making nutritious dinner. Living life can be extremely difficult if you have symptoms of a cocaine addiction.

The first initial euphoria of cocaine use is difficult to replicate. But many will seek to use more and more to experience that feeling again. If you lose track and take too much cocaine, you’re at risk of overdose. Many people with a drug addiction problem are at risk of overdosing. If you fear someone has overdosed on cocaine, call 911 immediately. Symptoms of overdose include:

Upon leaving the hospital for your cocaine overdose, it is time to seek help from Willow Springs. Your system needs to undergo a drug detoxification process and you need drug addiction treatment. We can help you fight your symptoms.

If you have ever experienced withdrawal of cocaine, you know how scary and uncomfortable it can be. Cocaine detox can be extremely scary. With the help of an experienced doctor at Willow Springs, cocaine detox is manageable and is necessary to get you off cocaine for good.

If you’re going through our drug detox treatment process, you’re likely to experience the following withdrawal of cocaine feelings:

Many worry that cocaine addiction treatment is expensive, but insurance companies are known to fund a good amount of your cocaine detox and treatment. Willow Springs can help you get it funded. We’ll talk to your insurance company to work with them to cover as much of your treatment as possible.

All you have to do is call. We accept people from all over the country into our cocaine addiction treatment programs. We want everyone to have the opportunity to kick their symptoms of cocaine addiction.