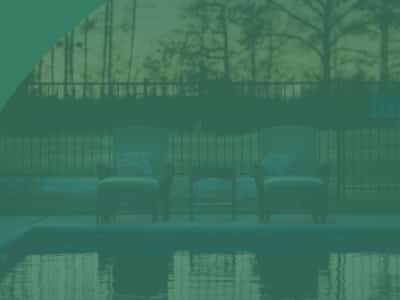 There’s a common misconception that people can’t become addicted to hallucinogens. While they aren’t generally life threatening, hallucinations are profound distortions of a person’s perception of reality, including delusions and an inability to distinguish reality from illusion. In this state, people see images, hear sounds and feel sensations that seem real but do not exist. Hallucinating can thrust someone into a perilous situation if they don’t have a firm grasp on reality, and decide to act recklessly. Hallucinogen addiction is real, and can be incredibly dangerous.

Historically, hallucinogens have been used in religious rituals or spiritual pursuits to produce mystical “visions,” or simply to induce detachment from reality. Research shows that writers, poets and artists used these drugs through the decades to find inspiration or to spark creativity. However, we now know how hallucinogens work, and just how dangerous they can be.

Today, studies reveal that hallucinogens are abused more often for social or recreational purposes. People take them to have fun, deal with stress, or enable themselves to enter into what they perceive as a more enlightened sense of thinking or being. Whatever a person’s reason for taking them, the effects are dictated by the amount taken, and your own unique personality and brain chemistry. This makes them highly unpredictable and dangerous.

You or your loved one might not have a physical addiction to drugs like hallucinogens, but there is a big change that a psychological dependence will develop if it hasn’t already. At this point, help is needed in the form of hallucinogen addiction treatment.

A recent study by the Substance Abuse and Mental Health Services Administration revealed that more than 1 million Americans tried a hallucinogenic drug for the first time in 2013. Out of those participants, 751,000 tried ecstasy for the first time that year and 482,000 first tried LSD.

If you or your loved one believe they can function while high on hallucinogens, they’re wrong. Hallucinogens work by disrupting how your nerve cells and the neurotransmitter serotonin interact throughout the brain and spinal cord. By changing the normal, healthy structure of serotonin in the body, hallucinogens twist and alter the way your brain processes your senses, feelings and visual information, distorting reality.

Your continued abuse of this drug can cause dependency and addiction. This is common for hallucinogen abusers. It’s a frustrating situation to be in. You need the drug to function, but the way you function when you’re high causes negative consequences.

Are alcohol and drugs ruining your life?

Various types of treatment for hallucinogen addiction are available to help support recovery for you or your loved one. It starts with cleansing your body of the toxic chemicals created by the hallucinogen. A large majority of drug abuse detox treatments are initiated in hospitals or emergency departments when the abuser suffers a bad trip, overdose, injury, or other medical complication from their hallucinogen abuse.

According to the Drug Abuse Warning Network, in 2011, hallucinogens were involved in the following numbers of emergency department visits:

If you or your loved one enroll in hallucinogen addiction treatment in Texas, your detox will be supervised by our medical staff 24 hours, seven days a week. Medications, such as antidepressants, anti-psychotics, or anti-anxiety drugs are needed to ensure your safety and the safety of those around you. Following a successful detox from hallucinogens, a personalized rehabilitation program will help you address all aspects of your life, not just your addiction.

The effects of hallucinogens are well-known as “tripping.” Listed below are just some of the effects of a bad trip. These experiences have been described by many hallucinogen addicts as horrific nightmares where they have felt as if they are going to die, or are going crazy.

A trip normally starts an hour after consuming the drug, and these horrifying effects can last anywhere between six and 12 hours, depending on the drug.

As with every mind altering drug, there are also long-term side effects involved with hallucinogen addiction. One of the more severe cases is persistent psychosis. This mental illness can include paranoia, as well as changes in mood and in the way your thoughts are organized.

Another long-term side-effect that heavy hallucinogen users experience is flashbacks. Flashbacks are described as a mini-trips that occur any time of the day, and with no presence of the drug in the system. Flashbacks can occur years after taking the drug. In the most severe case, a condition known as a hallucinogen persisting perceptual disorder can develop, which is when flashbacks continue long after a person stops abusing the drug.

Hallucinogen overdose is a serious matter, because these symptoms can be dangerous when the user has a completely distorted version of reality. For example, sometimes people think they can fly after taking LSD and then act on that thought. While high on PCP, people have acquired self-inflicted injuries such as broken bones and dislocated joints, because their body parts feel numb. Some incidents involve people stabbing themselves or amputating body parts. Their minds are disconnected from what their bodies feel. If you or someone you know someone experiencing a hallucinogen overdose, call 911 right away.