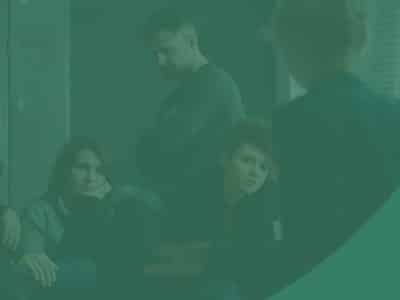 What is one of the hardest jobs in the world? Being the parent of a teenager or young adult in today’s society. Back in the day, teens experimented with marijuana and alcohol, while some others were dabbling in hallucinogens. Nowadays, adolescent drug use is becoming a popular pastime for many teenagers. Whether the drug is legal or illegal, it can severely affect a person’s health, overall well-being, and future.

Tramadol is just such a drug. Emergency room visits in the U.S involving Tramadol addiction have nearly tripled in the last decade and unfortunately, a majority of those hospitalized were teenagers. According to a report by the Substance Abuse and Mental Health Services Administration, hospital emergency room visits having to do with adverse reactions to Tramadol rose from 10,901 visits in 2005 to a staggering 27,421 in 2011.

Tramadol is a narcotic-like pain reliever used to treat moderate to severe pain. It is considered to be as effective as codeine in treating pain but with fewer side effects. Cancer patients and people who have undergone surgery are usually given this drug to alleviate pain.

There is a decrease in society’s tolerance for pain and a demand for the illegal sale of prescription medications on the streets. It’s no surprise that the number of prescriptions written for Tramadol rose from 28 million in 2010 to 44.2 million in 2014. Tramadol is considered less risky than other opioid painkillers,  but many times, Tramadol is taken in larger doses than recommended in effort to obtain additional pain relief, which leads to addiction.

But there is another, more dangerous aspect to Tramadol. It is available in an extended-release version that abusers are now ingesting all at once. This can cause rapid addiction and sudden death. As a parent, your fear is justified. If you are desperate to find help for your child’s Tramadol abuse, we offer the best Tramadol addiction treatment in Texas at Willow Springs.

Signs and Symptoms of Tramadol Addiction

Did you know it is fairly simple to obtain a prescription of Tramadol online? The prices are cheaper than the pharmacy and there is no prescription necessary.

More than 50 million American individuals over the age of twelve have used prescription pills for nonmedical purposes in their lifetimes, according to the National Institute on Drug Abuse. In 2010, there were enough prescriptions for painkillers distributed by physicians to medicate every adult in the U.S. every four hours for a whole month. Research shows that in that same year, data revealed that there were 5.1 million prescription painkiller abusers in America.

Tramadol is dangerous because it is habit-forming, which causes physical and psychological dependence. The opioid can also cause a number of unwanted side effects, including:

Tramadol increases the levels of the neurotransmitters serotonin and norepinephrine in the brain and produces the same effects as other opioids. Users have reported that such mood-elevating properties caused them to take higher doses of the drug or take it more often than had been prescribed. At the point when you begin experiencing the following severe symptoms, it is time to seek emergency help. A Tramadol overdose can be life-threatening.

Detox and Withdrawal of Tramadol

Once a person develops a Tramadol addiction, quitting the drug will cause unpleasant withdrawal symptoms soon after your last dose. Painful withdrawal should be expected, as abusing any addictive substance will lead to physical suffering while detoxing.

Withdrawal is the result of the body ridding itself of chemicals and toxins built up from taking Tramadol on a regular basis. During addiction, the brain adapts to the constant presence of the drug and adjusts chemically. As the drug leaves your body, your brain attempts to self-regulate and goes into overdrive, causing moderate to severe withdrawal symptoms.

Doctors will recommend tapering off of Tramadol instead of quitting “cold turkey” to ease the withdrawal symptoms. Your chance of relapse is greater if you attempt to withdrawal from Tramadol without medical supervision. We strongly encourage inpatient rehab for this reason. Most people describe the symptoms of withdrawal as having an advanced version of the flu.

What Can Parents Do About Tramadol Addiction?

If you are a parent and you’ve noticed that your child is abusing Tramadol, act fast. His or her life may be at risk. We can help you get started by gathering your insurance information and assessing your needs. We can help you with the best inpatient Tramadol addiction treatment program for your child within your budget. Please call us today to learn about the best options available.