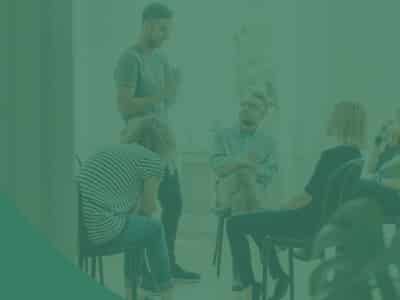 Finding a Ritalin Rehab in Texas

When used properly, Ritalin can be an effective way to treat Attention Deficit Hyperactivity Disorder (ADHD), but when abused it strings people out, keeping them focused and awake for hours at a time. This rush of energy and euphoric high is always followed by a significant crash. Ritalin is commonly abused by teens who need an extra boost while studying for exams. However, it’s easy to forget how quickly a Ritalin abuse disorder can form.

Many teens and college students think it’s a miracle drug. They believe that abusing Ritalin helps them function through a normal day and helps them study and focus in class. Many teens and students swallow Ritalin, crush up and snort Ritalin, or dissolve it in water and inject it. The dopamine rush keeps them coming back, but soon Ritalin abuse takes over, and it can be hard to kick.

Overcoming Ritalin abuse is hard, but with our help, you or your loved one can recover and get back to living the life they deserve.

The Real Dangers of Ritalin Abuse

While Ritalin is prescribed to treat ADHD, it is often used by college students for studying or to feel more comfortable in social situations. Ritalin creates feelings of alertness and helps concentration. It helps teens or college students study harder, faster, and longer. It can also help young socially inept teens, as it can make an individual feel more comfortable in social situations.

Many will fake symptoms at their doctor’s office so they can be prescribed Ritalin or other ADHD medications like Adderall. The “high” lasts for hours and can kick in almost immediately if snorted. It’s easy to not see Ritalin abuse as a problem; it helps you focus and study, so what’s the big deal? But many don’t realize that the Ritalin abuse has harsher consequences than they believe.

Signs and Symptoms of Ritalin Abuse

Short and Long-term Effects of Ritalin

Many don’t realize how Ritalin can affect them in the short and long-term. But if you or your loved one is showing symptoms of Ritalin addiction, you should seek help today.

A Ritalin Overdose Can Be Fatal

Detox and Withdrawal of Ritalin

During your detox from Ritalin, you are at risk of suffering some of the symptoms of Ritalin withdrawal. These can be uncomfortable and distressing, but they’re the first step to a life free of Ritalin dependence.

What To Expect In Ritalin Addiction Treatment

After your detox from Ritalin, it is important to continue with Ritalin addiction treatment. Without an individualized treatment program, you’re at risk of relapsing. It takes hard work and bravery to overcome an addiction for good. If you or your loved one doesn’t quit now, he or she is putting the future, and their life, at risk. The sooner you overcome your Ritalin addiction, the faster you can achieve their dreams.

Many who abuse Ritalin deny it, especially to their family and friends. It’s difficult to admit you have a problem, and teens often have a harder time admitting it. Do you feel like your teen is hanging out with a different crowd or acting differently? Have you found Ritalin or other drugs? Can you see some of the symptoms of Ritalin abuse in your loved one? Trust your instincts; Ritalin abuse is not something to be ignored.

Help Your Loved One Overcome Addiction with Ritalin Abuse Treatment

Helping someone else quit Ritalin is challenging. If you believe you are ready to tackle your loved one’s Ritalin addiction, consider holding an intervention. This way, you and your family can address your concerns and encourage your loved one to enter rehabilitation for help to recover from his or her addiction.

Things to think about before an intervention:

In June 2005, the U.S. Food and Drug Administration issued a series of public health advisories warning that Ritalin and drugs like it may cause visual hallucinations, suicidal thoughts, and psychotic behavior, as well as aggression or violent behavior.

In 2003, a report showed that a little over 10 percent of 12th graders admitted using some form of stimulant in the past year, including the recreational use of Ritalin.

The U.S. has the highest rate of both ADHD diagnosis and methylphenidate (Ritalin) use in the world, with an estimated 1.5 million U.S. children currently using the drug each school day, with millions more taking such other ADHD medications as Adderall and Concerta.

Invest In Your Future

Inpatient Ritalin abuse treatment in Texas may sound expensive, scary, and time consuming. Willow Springs is an accredited and highly effective treatment center that knows how to make your recovery as comfortable and rewarding as possible. Additionally, if you have insurance, your Ritalin addiction can be treated for little to no cost. Call Willow Springs today – a healthier, happier life is waiting for you.